How it all Began – Translated from Spanish 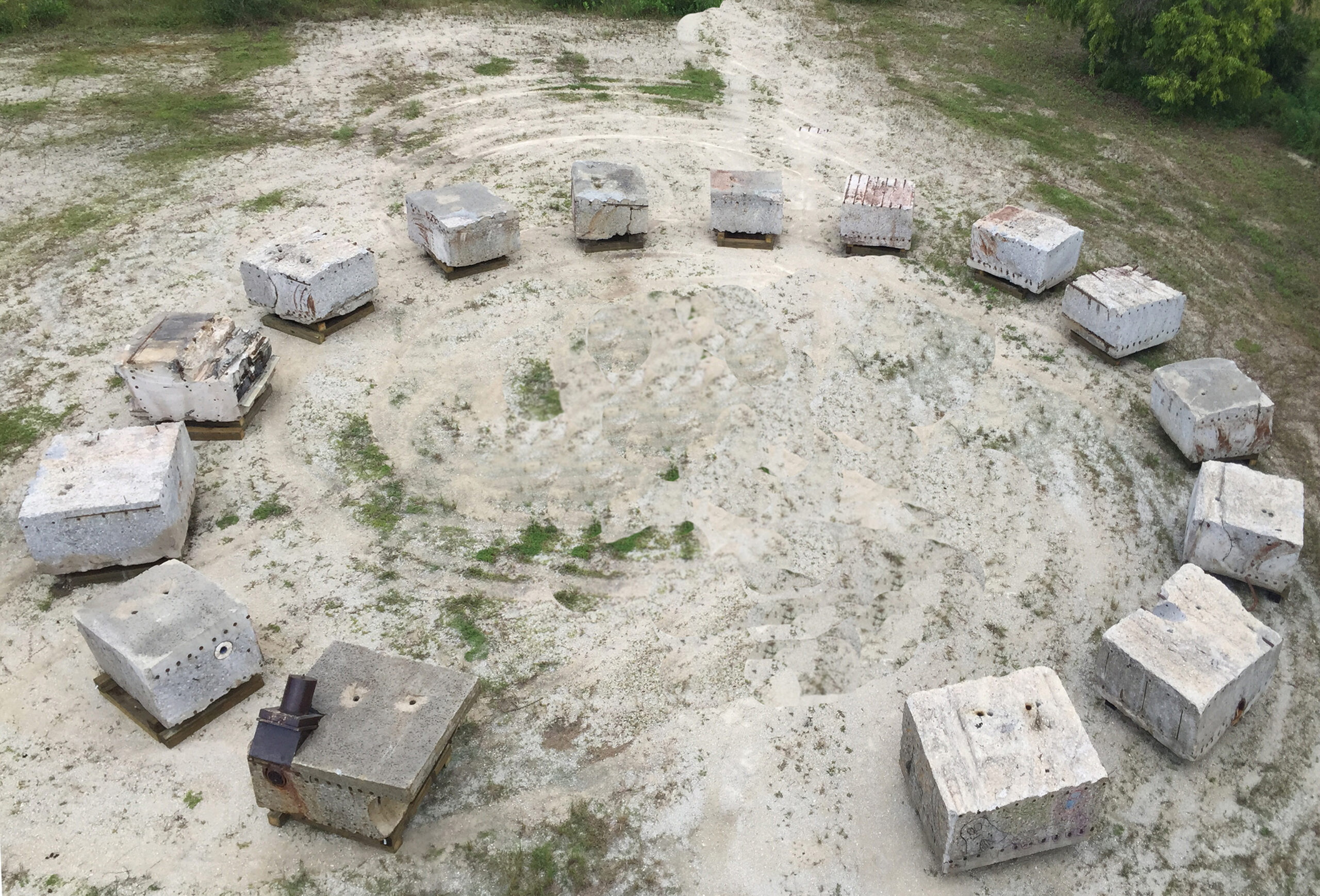 22 Aug How it all Began – Translated from Spanish

Practically the only thing unscathed in the World Trade Center in New York after the attacks September 11 (9/11) was the retaining wall, a symbol of strength with which the artist Sandra Priest creates monuments in memory of the victims to help heal a wound still open 20 years later.

On September 11 Priest, born in Indiana and living in Florida for more than 20 years, will commemorate the twentieth anniversary of 9/11 in Key West, in the extreme south of this state, where two of her memorials will be inaugurated, of there are almost a dozen scattered throughout the United States, all different although the main material is the same.

“We need not to forget and celebrate the life we have, those around us and those who have been lost,” this 65-year-old sculptor and painter told EFE, to whom an email message received in 2010 put her on the path of the “task of her life”: the so-called Project 911UP.

The sender of the message was Rich Parrish, executive director of Impact Environmental, a company that had participated in the recovery works of the so-called Ground Zero in New York, who knew of Priest’s personal and artistic interest in remembering 9/11.

Parrish offered her 17 reinforced concrete blocks, weighing eight tons each, which were part of the four-foot-thick underground wall erected to secure the ground where the World Trade Center stood until September 11, 2001.

The only condition was that she present a memorial to the city of Bethlehem, in Pennsylvania, where this monument was inaugurated in 2011 under the name “Victorii Rebuild”.

The rest of the blocks were trucked to Priest’s studio in St. James City, on Pine Island (southwest Florida), where there are still 12 additional blocks waiting to be transformed into monuments.

The artist made a call through EFE for mayors, university rectors, directors of companies, institutions and individuals, not only from the United States, who want to dedicate a memorial to the victims of 9/11 to contact Project 911UP  through its website.

Sandra Priest’s two grandparents and many of Sandra Priest’s uncles worked in stone and concrete and her father, Steve Orosz, is remembered as one of the best stonemasons in the Gary, Indiana area.

Therefore, it is not surprising that she “loves” stones, rocks and above all, reinforced concrete.

“I remember when I was a child, I smelled a concrete sidewalk after a warm summer rain and I thought I could eat it because it smelled good,” she says wistfully.

With the blocks of the World Trade Center retaining wall, she also had sensations from the first time she saw them by a warehouse in Pennsylvania on a frigid day in December 2010.

“Once I had them in Florida, I would touch them whenever I could. They can be warm, cold, sticky, rough, wet, warm, smooth and cool“ she says.

Converted into pieces of art to remember the almost 3,000 victims of 9/11, she says these blocks can provoke feelings of “strength, sadness, happiness, honor, life, death, pain, tears and also smiles for having the pleasure of being the one who brings them out to the world so that people can heal. ”

Priest claims to have proven “many times” how important they are to people. “They almost even have a calming effect,“ she stresses.

BEFORE THE BLOCKS, THERE WERE CONCRETE PIPES

Before Parrish and his concrete blocks crossed paths in her life, Priest had conceived 9/11 memorial sculptures made from large pipes of her favorite material.

The idea came to her head on a car trip she took shortly after 9/11 to attend her brother’s marriage.

As she was driving down a highway near the Atlanta airport, she realized that there were no planes in the sky, but the cars were moving “in a kind of orchestrated flow” that reminded her of blood circulating through veins and the large sewer pipes she saw in the center looked like sections of the spine.

“It seemed that even though our air traffic had stopped, the country continued to move smoothly and those sewer pipes were like the backbone of our nation showing strength and endurance,” she explained.

That project was abandoned when she had access to a material from the World Trade Center that also symbolized the ability to resist adversity.

Priest will commemorate the twentieth anniversary of 9/11 in Key West, the island city that has hosted the memorials “Rescue 11”, already placed in the Firefighters Museum, and “Blue Freedom”, the first underwater 9/11 memorial, which will be on deck from the USS Vandenberg, a military ship transformed into the second largest artificial reef in the world and visited by hundreds of divers every year.

This year Project 911UP and its “alma mater,” Sandra Priest, also inaugurated “God Star 11” in Winthrop Harbor, Illinois, and “Healing Science,” at the IMAG museum in Fort Myers, Florida.

Three other memorials serve in Oregon, Pennsylvania and Utah and the first outside the United States could be in Gander, Newfoundland (Canada), to whose airport thousands of flights were diverted on September 11, 2001.